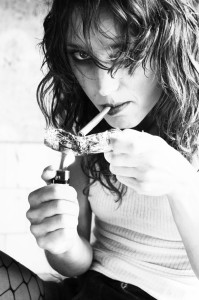 On tonight’s ABC news 20/20 episode, David Muir reports on the epidemic sweeping the country by storm: heroin and opiate addiction. Heroin overdoses are happening everyday to people of all ages and race. Drugs discriminate against no one. One man could not even wait to get home before shooting up heroin in his car in New Hampshire.

129 people in America die everyday in the United States from overdoses, most from prescription pain pills and opiates. Families everywhere are struggling with their loved ones getting hooked, usually on prescription medications first, and then graduating onto heroin. Drug overdoses have become more deadly than car accidents and guns in this country.

In this episode, we meet Aaron Smith, a loving father who is heavily addicted to opiates. His addiction snowballed very quickly over the course of a year and just like most, he states that prescription pain pills came first.

I’ve seen opioid painkillers being prescribed for something as minor as stitches. This is where the problem lies.

Getting help with Heroin Addiction in New Hampshire

New Hampshire ranks as the 49th state with wait-lists to access treatment. Most states take weeks and possibly months to access a treatment facility. Being near the bottom of the list that wait time can be extremely long in New Hampshire.

Aaron finally receives a call and has 48 hours before he can go into treatment. He starts going into heroin withdrawal and cannot wait for treatment to get his next fix of heroin. His story is typical of many others who are also stealing from their families for money to support their addiction. Families in New Hampshire and all over the country are being devastated by the rippling effects of opiate addiction such as Aaron’s.

How could something from a doctor, a trusted medical professional, turn into something so horrible and deadly? Prescription painkillers are opioids (synthetic painkillers) or opiates (natural painkillers) which is the same class of drug as heroin. Heroin essentially is a pain-killer. Opioid medications seem to be far over-prescribed in America. These are extremely powerful drugs such as Ocycontin, Hydromorphine, Fentanyl etc…

People who are in pain from an injury or medical condition may be prescribed these drugs which are often far too powerful for the reason of the prescription in the first place. These drugs should be used in limited circumstances where only absolutely necessary. Human beings are generally stronger and more resilient than doctors are giving them credit for.

I remember having my appendix removed and being prescribed morphine! I didn’t need that, it hurt, but some tylenol for a week more than did the trick. I remember thinking how easy the morphine could have turned me into an addict as the feeling was quite good. I knew that it was not necessary though. So after using it for the first day I switched over to tylenol and was fine. I’ve seen opiate painkillers being prescribed for something as minor as stitches. This is where the problem lies.

Heroin withdrawal is very intense. A person is extremely sick as their body has become physically dependent on the drug. Withdrawal symptoms include severe vomiting, extreme pain especially in the legs and days without sleep. Aaron Smith went to a treatment center in New Hampshire but could not be provided with appropriate medications or holistic methods that counteract withdrawal symptoms. These medications assist someone in coming off opiates but unfortunately many state sponsored treatment programs do not have access to these types of medications. Unfortunately the withdrawal was too much for Aaron and he relapsed and passed away eight days after entering treatment.

It is important that when entering a treatment facility that they know how to deal with detox whether by providing medication or 24 hour supervision and care and holistic methods that ease the pain of withdrawal. Please contact us for more information on Opiate addiction in New Hampshire and across the United States.

As stated in this 20/20 episode, a person who overdoses on heroin has mere minutes to be treated or it could turn fatal. Narcan (Naloxone) is a drug that can be administered after an overdose to partially or completely reverse the effects of a heroin overdose. Heroin and Opioid abuse have become so bad in New Hampshire that even children are being taught to use Narcan by injecting it into teddy bears. It is my sincere hope that this is not the reality of the next generation and this problem can start to take an upturn. 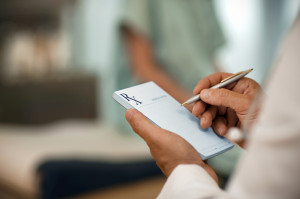 These post-treatment medications (or sometimes prescribed with no treatment at all) are a daily reminder that a person is an opiate addict. Many do relapse on such medications as Subutex and their life revolves around getting this drug everyday. This is no way to live. Ideally someone addicted to heroin or painkillers should be completely drug-free. Often people are using drugs to cover up pain whether that be emotional or physical in nature. There is something in their life they cannot confront without the use of drugs. This is why more drug rehab centers are needed in New Hampshire and across the United States. A proper drug rehab center will help get to the root core of these issues to help an addict stay clean for life.