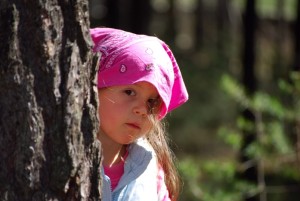 Using drugs during pregnancy puts at risk the unborn child. Many drugs cross the placenta barrier that normally protects the child from toxins and infections present in the mother. All illicit, prescription and OTC drugs have a risk of potential damage – there is no “safe” dose because drug effects on the developing child can be unpredictable.

Cocaine is known to cause changes in the structure of the brain, cocaine remains in the fetus for longer than in an adult. Marijuana increases carbon dioxide and monoxide levels in the blood, leading to fetal oxygen deprivation.

Addicts take hope from many studies that report inconclusive findings about specific drug use and fetal toxicity. They think that this means they can safely use drugs during pregnancy. What these reports are really saying is that children are suffering damage, but that there are so many other toxic factors in most drug addicts lives, that it impossible to be certain, on a scientific basis, what contribution drug effects have on the general problems.

Anyone who chooses drug use in preference to having concern for the risk to their child would benefit from comprehensive drug addict help, both for the pregnancy and for the future.

Even a small quantity of certain drugs can cause birth defects and problems for the child, depending on the trimester of pregnancy when the drug is taken. Anyone using or thinking of using drugs in pregnancy needs to consider comprehensive drug addict help and re consider their lifestyle.

Drug exposure during pregnancy leads to a greater risk of premature birth, “low birth weight”, cardiac and circulatory problems, and developmental defects. There is a risk of miscarriage. Often drugs cause the placenta to separate from the uterine wall, or impede nutrients and oxygen getting to the child. Term babies can be “still” born.

Children exposed to drug effects in the womb can suffer withdrawal symptoms at birth. Babies born addicted are at greater risk of “failure to thrive” and cot death. Later in life subtle damage to the brain may result in learning and attention difficulties, and a low IQ.

Illicit drug use in late pregnancy is associated with high blood pressure, pre-eclampsia and fetal/neonatal death. Royal Brisbane & Women’s Hospital reports a case of stillbirth in a young woman who took ecstasy and LSD during late term pregnancy, in 2010.

A study of children in Quebec, Canada, by Health Canada, in 2004, concluded that a modest risk of childhood leukemia was associated with mother’s taking medications during pregnancy. If the drugs taken were teratogenic, then the risk was higher.

Carrying a healthy baby to term is more than just getting off drugs. Pregnancy should be a time when a mother nurtures herself for the benefit of the baby. This means nutritious food, rest and relaxation. While the toxic effects on the fetus of tobacco and alcohol are well recorded, drug statistics and studies are less available.

However, general studies make the position clear – increased risk of death for both mother and child occurs with illicit drug use (Abdel-Latif 2007). Often getting drug addict help is hindered because women don’t like to admit to a drug addiction problem, especially when pregnant.

If you are pregnant, using drugs, unsure of what to do, there are supportive, drug free comprehensive addiction programs, in Canada, to help you and your baby get off drugs completely, and live a healthy life.