Is importing drugs from Canada legal? There are today many US citizens who obtain drugs by purchasing them from a Canadian source. Although prohibitions apply to people attempting to import and use or deal illicitly with street or prescription drugs, there are circumstances in which it is lawful for US citizens to purchase Canadian drugs. 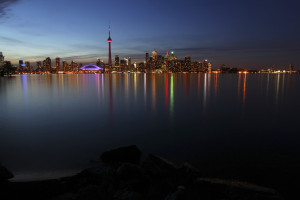 Americans have for many years purchased medicinal drugs from Canada, either by mail order or by going into Canada and ordering direct. There has always been an unofficial policy of ignoring much of the minor “trafficking” in Canadian drugs, making it a gamble as to whether or not you will fall foul of selective enforcement.

Since 2006, there has been a set of guidelines issued for people genuinely in need of a prescription medication that is unavailable in the US. With changes to the regulations under the Homeland Security Act, Americans with a serious medical condition, who intend the drug to be for personal use, can now import up to 90 days supply, provided that it is not an extremely controversial and risky drug to use, and a US doctor with responsibility is nominated.

The reasons why people might want to import drugs for medicinal use are basically financial, and easy availability.

Prices of prescription medications in America are high. Prescription drugs obtained from Canada are very often cheaper. The US government encourages people to enquire, before seeking internet drugs, to find out whether there is some form of health care scheme that will cover or reduce the cost to them of their medications. In other cases, people become disentitled to further coverage by health care providers and seek to continue with their medication by accessing the cheapest source.

There are many risks involved in purchasing drugs from an unknown supplier. The best basic protection for internet drug purchasers is to use a pharmacy that is fully licensed. This might involve some research as to what is a full accreditation for a pharmacy. In Canada, usually a CIPA membership – the Canadian International Pharmacy Association – will assure you of integrity, and also confidentiality when purchasing your drugs. Internet providers that specialize in products such as Viagra and off-prescription pain killers are considered to be unreliable.

There are risks with internet buying, of buying counterfeit products that might be contaminated or ineffective. Some advertised uses for drugs are “off label” and not officially sanctioned. Other drugs are toxic or addictive, with a risk of liver damage or an accidental overdose.

Americans are not allowed to re-import drugs that are made by American companies that have been exported to Canada.

US citizens can buy prescription drugs from countries other than Canada, but choosing Canadian products will generally be safer than using products sourced from third world countries, or places such as Mexico where illegal drug use and manufacture is rife. If an error is made with the prescription imports, it is very difficult to obtain redress, and your life could be at risk.

There are problems enough when using prescription drugs accessed from normal sources, the risks increase considerably when making an online purchase. Children’s medications should never be purchased online.

Current developments in the pain killer field indicate a serious risk of addiction, with many problems associated with buying medications online. People in search of new medications and treatments for disease and illness might be better advised to research natural and alternative remedies. Using proven natural remedies can be a more healthy option, and achieve a better result than drug use.