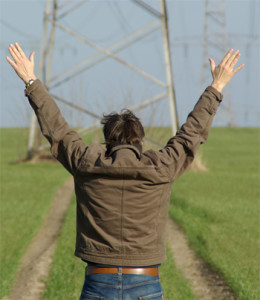 Prescription drug abuse in Ohio causes more deaths than suicide or driving accidents. For an outlay of $8.9m the State will qualify for a Federal grant to total $36m to be used to help treat people suffering from mental illness and drug addiction, and hopefully get them into employment.

The funding has been applied for against a rise in deaths from drug overdose during recent years, deaths ascribed to an increased availability and use of prescription drugs.

For Ohio the statistics for prescription drug abuse are alarming:

40% of the State’s 1,373 overdose deaths in 2009 were from prescription medications, specifically pain relievers.

In 2009 one in four high school students had used or was using prescription drugs illicitly.

Ohio Governor John Kasich has come out strongly, reiterating the untold damage and harmful effects of these prescription narcotics. Families are torn apart, young lives destroyed by a combination of indiscriminate, reckless prescription and illicit diversion.

The Ohio Governor speaks for us all in his harsh criticism of a State Medical Board that apparently is moving very slowly in response to allegations by former Ohio Attorney General, now appointed as an advisor on prescription drugs abuse, that there are dozens of doctors in Ohio running prescription drugs from “pill mills”. The State Medical Board says that it is committed to combating the problem and actively working on solutions.

While the State Medical Board continues to work on its strategy, legislation is soon to be introduced that will put an end to pill mills with license suspensions and fines by way of enforcement measures.

OxyContin is very similar to heroin in its effects and once addicted, both heroin and OxyContin are extremely difficult to withdraw from. Unless people receive drug addict help that includes a full detox from the drug and the many harmful residues that remain in the system, addicts face the real possibility of relapse caused by cravings over which they have no control. Also the pathway to full recovery from drug addiction is more than just getting back to work.

Full recovery from drug addiction requires many emotional adjustments and the learning of new ways of thinking. People do best for long term recovery when nothing is left to chance and a fully comprehensive addiction recovery program is used.

While it is easy to understand the stance that Ohio now takes against prescription drug abuse, it will be money wasted, people given false promise and hope of recovery, if all that eventuates from this initiative is a new regime of drug abuse in the form of substitute prescription drugs, such as methadone.

Drug free is the way of the future, and should form the basis for all current initiatives to overcome prescription drug abuse. In the context of a comprehensive drug free rehabilitation program, people learn to restructure their ways of thinking and become emotionally secure. Addicts will improve their capacity for empathy and improve their ability for good decision making.