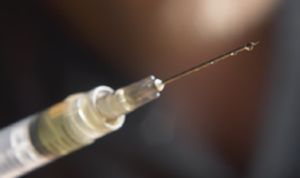 Cocaine addiction might soon be treated with a new vaccine, a toxic cocktail of flu virus and coke that can teach the body to fight off cocaine before it reaches the brain. The very latest in research to provide addict help for people to beat addiction to cocaine.

Research experiments from Weill Cornell University use immunity provoking extracts from adenoviruses attached to a chemical similar to cocaine as a potential vaccine against the effects of cocaine use in the body. The vaccine containing the flu virus extract is said to be needed to arouse the immune response of the body which then “sees” the attached cocaine as also being harmful – and learns to attack that as well.

Currently the body recognizes cocaine as being harmful but it has no defense to the self inflicted injury of habitual cocaine use. Cocaine goes straight to the brain, and gives people feelings of power and euphoria, takes away their pain. All that cocaine does at a physical level is rev up the flight or fight response to make people feel like a prize fighter poised for action. There is no evidence that cocaine users do anything particularly remarkable when in this hyper state – cocaine use is just a pleasure seeking experience that is used for temporary relief from the crushing pressures and boredom that cocaine users see as “life”.

Studies suggest that cocaine addiction is essentially psychological – dependency occurs in absence of “physical” addiction. People who have used cocaine once can become instantly addicted – it is not addiction to “cocaine” as such, but to any substance that can give that immense euphoric effect.

To be truly effective, this new vaccine needs to be given to people before they use cocaine. Once cocaine is experienced, people get a glimpse of what it might be like, to have life that is strong and powerful, free of pain and tension. If people gain “immunity” to the effects of cocaine use – they will simply feel disappointed that their drug of choice is not working. Attempts to recreate the cocaine experience by the quick fix method will only lead to a quest for an alternative drug experience to recreate the same effect.

Cocaine is widely thought to be the most powerful amphetamine there is, to rev the system up and rid it of depression and lethargy. Addiction that craves excitement will not be satisfied if the body disables the drug before it can get to the brain. People with a psychological or physical addiction to the effects of cocaine will compulsively seek an alternative. Their problem is not “cocaine” but their addictive need for a fix.

Holistic methods to beat cocaine, in fact any kind of addiction, are extremely simple, and cost effective to put into practice. All it needs is a commitment to life and all the joy it can bring. Real contentment and happiness never came out of a bottle, as a pill – immunity from drug use and addiction doesn’t come from a vaccine. For genuine, complete addiction cures you need holistic addict help.

Drug researchers fighting to find cures for addiction resemble from a distance, advanced alcoholics fighting off their demons while swigging from a bottle. People who want to fully recover from addiction and become healthy in mind and body choose addict help that says no to drugs, and all the confusion and “messed up” thinking that drug dependency implies.